Later this season a new yacht will join Cranchi’s new flybridge range. With an overall length exceeding 67 feet (20.8 meters), the new model will be called Sessantasette, after the number, written in full and in Italian. It is the same principle why the Shipyard’s flagship is called Seventy-eight, signifying that this yacht gives much more than its length might suggest: in fact, it offers the best of Made in Italy design and style, superior technical solutions and an unmistakable and already iconic line.

The family feeling with the Seventy-Eight is very strong. Again, the project is curated in collaboration between the Cranchi Yachts Research Center and Christian Grande, who is in charge of the art direction. Emblematic are the lines that complement and refer to each other between the different elements of the profile. For example, between the curve of the aft hatch and the projecting part of the fly, or between the cut of the windows and the cutout in the middle of the broadside.

From the experience of the Seventy-eight, the new Sixty-seven also derives the extraordinary technological equipment, the adoption of hi-tech materials, as well as a construction technique that is unparalleled in the world. The yacht will thus offer the highest safety standards, the best solutions for stabilization, fuel economy and emissions, noise reduction and abatement, home automation, and entertainment systems. 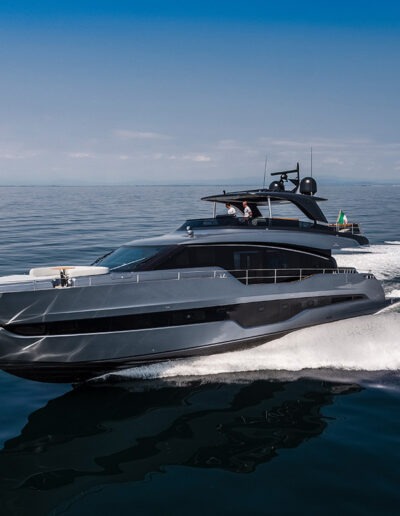 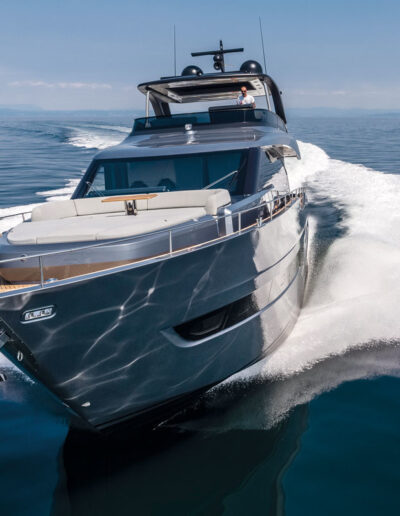 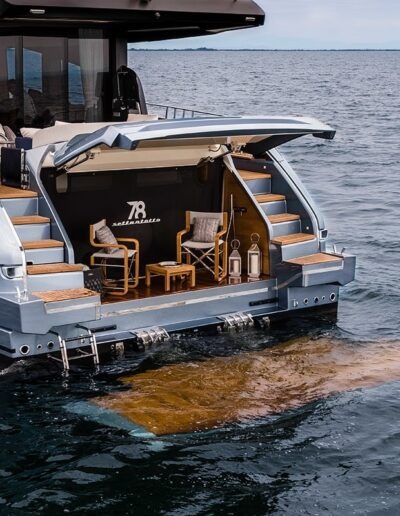 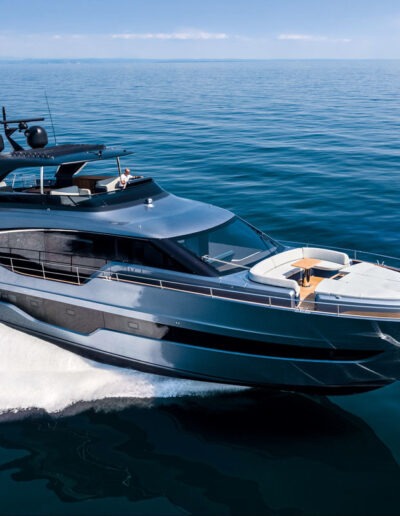 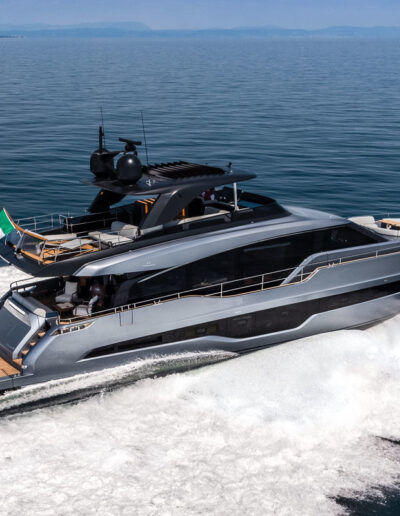 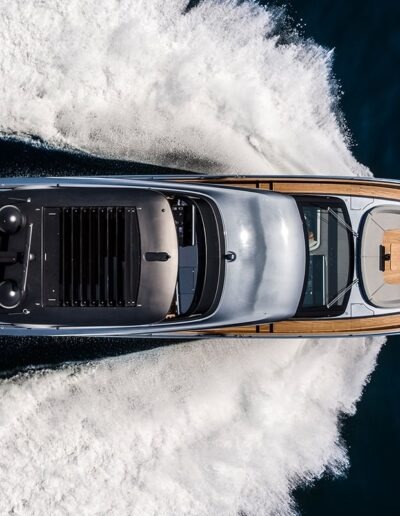 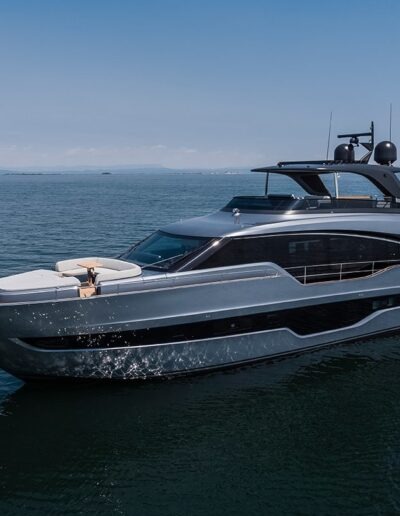 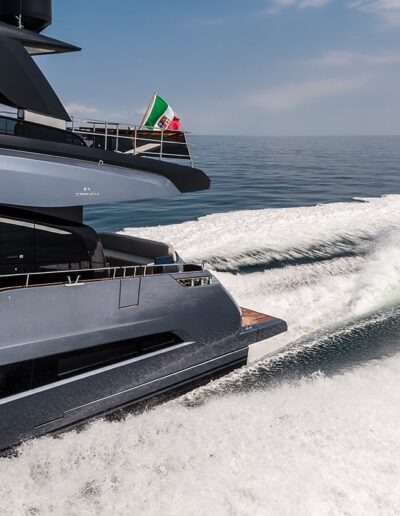 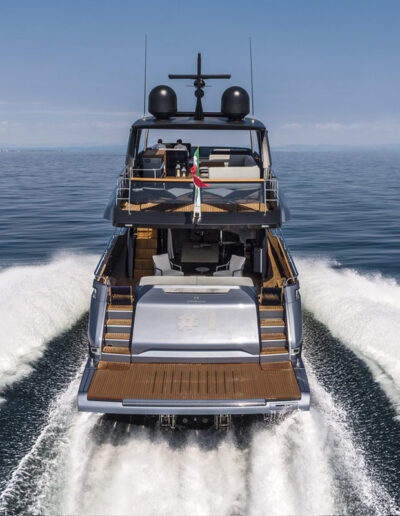 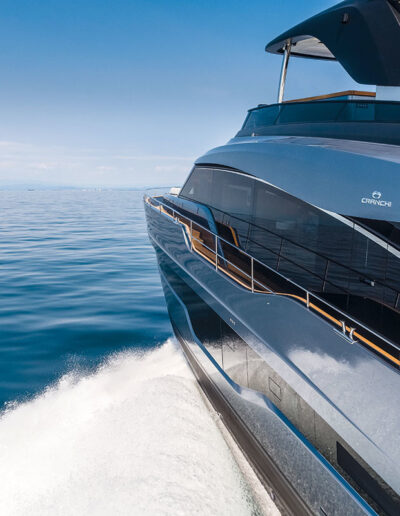 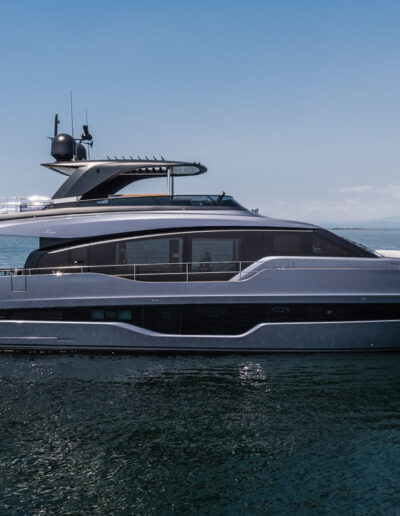 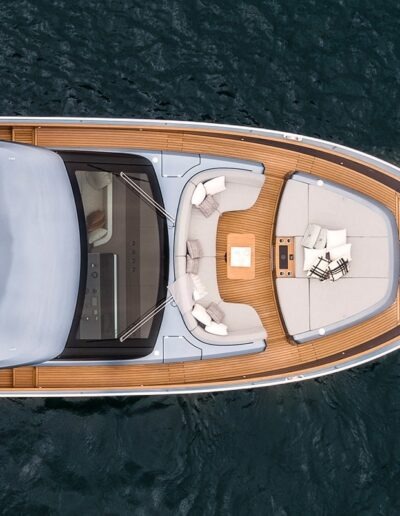 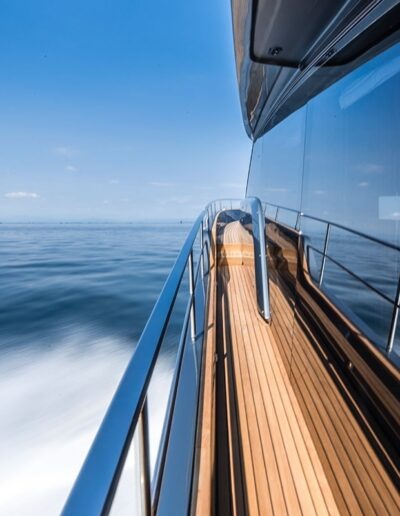 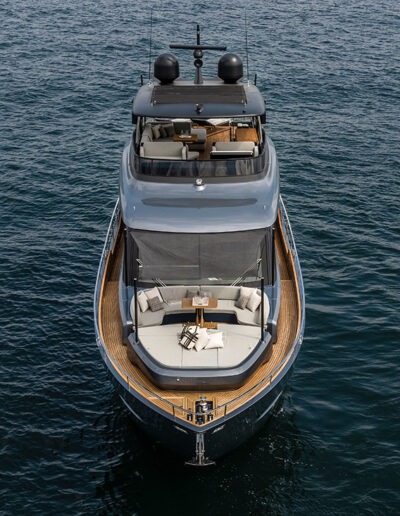